The other day I was tidying up drafts on this blog, along the notes across my phones and notebooks, and I’ve realised how much I’ve chosen to keep private; how I wasn’t ready to share so many thoughts and opinions with you.

Don’t forget here, we’re talking about me. For someone who isn’t afraid to be opinionated and unfiltered, the quantity of thoughts, hypothesises and notes that I wouldn’t dare to publish was astonishing. The reason they forever stayed as drafts is simple –the topics or opinions are too vocal, and we are getting to a less comfortable place to share them, if we don’t want back-clash and hate.  It almost seems we’re going backwards now. Let me explain.

In Russia you can get arrested for posting a meme, so people are careful with what they share because they don’t want to end up in jail.

In more liberal world, people are careful with what they share because if the phrase something wrong, they are likely to offend a community. And then likely to be destroyed on Twitter by that community. Political groups, Celeb fans, you name it.

From freedom of speech  – to careful phrasing of every sentence – welcome to the 21st century. Tolerant society, eh? 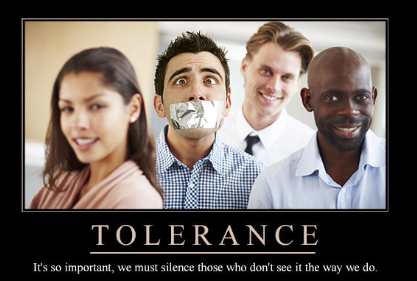 I’ve received online hate before, and even wrote about my experience with that – and all the insults and horrible messages – but all this was simply from a light-hearted post about my home country. I knew I didn’t say anything offensive, and that the stereotypes were simply satirical, but the internet is cruel.

Some of the topics on my mind are too scandalous, too out there to post public: these topics are only discussed face to face, where you can make your real feelings about the issue clear. Not just get an offensive anonymous comment.

Or maybe I’ll publish them and become a scandalous blogger? 😀

There was an error retrieving images from Instagram. An attempt will be remade in a few minutes.